The 25th edition! Already! And soon, our 200th show to more than 20,000 fans and patrons! Indeed, we have a lot to celebrate but a major question remained ... how ? The silly idea of bringing back on stage the whole of our very first edition seemed the way to go. Health problems and scheduling conflicts cooled down our enthusiasm but still, nothing less than half our first edition’s featured artists will be back to celebrate with you! From Texas for the occasion, Jo Hell & The Red Roosters with their guests, from Montreal, Eric Farran (The Ramblers) and Kenny Dupree (Kenny Dupree & The Sound Brigade) are getting back here to launch this 25th edition of Viree Blues Moosehead.

Initially discovered in 2005 by Viree Blues, Jo Hell had been playing his Blues in Montreal’s bars since 1994, starting when he was only 16. Along the years, Jo Hell and his “Red Roosters” have played all the best Blues Festivals and the most reputed bars. Along the way, they grew from 50 to 225 performances a year, then to well over one a day; Red Roosters’ territory never ceased expanding. In 2001, the band played the prestigious Montreal International Blues Festival for the first time; they were invited again five time. They also performed at the Metropolis, at the Hard Rock Cafe in Bixoli (MS) in Montreal (QC) and San Diego (CA) as well as twice at the Pjeire Blues Festival in Belgium and some of Mississippi’s, Tennessee’s, Louisiana’s and Texas’ true Juke Joints. Having tried their luck in the States in 2006 with their Blues Brother Sonny Wolf (who unfortunately could not be with us for this celebration), they soon got to perform regularly on the stages of, among others, the famous Nuno’s on the 6th, in Austin Texas, at the famouis Antone’s, also in Austin Texas and at Indianola’s The Ebony Club. Having made a reputation with the new audience at the “Red, White and Blues Festival” of Waterloo Park, the band moved there and now gets to perform 7 nights a week, mostly on Austin’s 6th Avenue. There they had the opportunity to play with Tommy Shannon (Stevie Ray Vaughan’s bassist) at the famous Antone's; they also could talk Blues with Buddy Guy and with the late B.B. King, with Chris Layton; They got to share the stage with, among others, the late Grand Master piano player Pinetop Perkins (Muddy Waters), with guitarist Alan Haynes, with late drummer Buddy Miles (Jimmy Hendrix), with the late Hubert Sumlin (Howlin Wolf), and with the late Uncle John Turner (Johnny Winter). All those enriching experiences greatly contributed to bringing the band to a purer, more refined sound while still heavy, wild, worthy of Texas top Roadhouses. Now they can be heard on KLBJ radio, Texas and on Good Morning Austin, a Fox TV station. The Jo Hell Band recorded 3 albums: their eponymous album, “Jo Hell”, then 'Live in Belgium' and their most recent “Rockin Land” from 2014.

It’s not that long ago ... on that cold January 2005 night when a band and it’s charismatic singer-harp player were featured! The Blues and the Funk were handed out full blast with guitar prowess's and a highly charged boosted harp player who dished out his very own special harmonica solos and turned this harsh start on that drab January Monday night into a wild party. On stage, on the bar, on tables as well as on the street which got passers-by wondering, this true showman turned on a firework, as he does on each of his shows. They played the first show of the first edition of Viree Blues, then later, a show where they invited Jean Millaire and Andree Dupre to launch their 1st album Bad Boys Blues in celebration of their 10th anniversary, while launching the 10th edition of Viree Blues. With an impressive repertoire made of standards and original compositions, Blues-Rock and Rock `N` Roll, The Ramblers offer a firework of successes and of performances delivered with such energy that no one can escape. Born from viewing the Stones’ clip “Midnight Rambler”and from a meeting with Mister Jim Zeller at Montreal’s Medley, Eric Farran’s passion for the harmonica and for the Blues got much stronger in 1999 with the birth of “The Ramblers”. From one thing to another, with extreme work, the band’s constant progress came up to be one of the very best Blues Band. Now with 4 albums, the standards smoothly made way for the original compositions, but still with the same energy and Mick Jagger’s swaying .... even in the language of Molière to their fans and to the general public’s surprise.

Third star to perform on Viree Blues’ first edition, in 2005, a pioneer nicknamed Quebec’s James Brown is coming back strong, a fusion of Blues, Rock, Funk, R&B and Soul, A harp player-singer, Kenny Dupree tailored his niche in most of Canada since quite a while. From debuts at a very young age, he could soon be found in bars, at the Jonquiere as well as at the Carleton’s Blues Festivals. Kenny Dupree & The Sound Brigade band in it’s present construction has been in place since 1996. Five times nominee for a Lys Blues, he was crowned in the «Cabaret» category in 2009 and again in 2010. His powerful warm voice and his energetic presence on stage get him to deliver memorable performances each and every time. Constantly evolving, original compositions alternate with influences like Otis Redding, B.B. King, Paul Rodger or Buddy Guy. With his legendary charisma and exuberant enthusiasm, on stage, he feels at home in less than two beats and brings the assistance in his world. Wether on CD or on stage, they perform a fusion of creations and arrangements that sway from the Blues to Soul Blues, to Blues Rock, to R’n’B with some Funk and Chicago Blues with all the shades of the Blues.

So, if you like Freddie King, Stevie Ray Vaughan, Jimi Hendrix, Elmore James, Little Richard, ZZ Top, B.B. King, the old AC/DC and the Rolling Stones’ or the Blues or Rock’N’Roll by any Legend of those, make sure to get in this Hell of a party which should rock till the wee hours with original compositions by Jo Hell, Eric Farran and Kenny Dupree as well as “heavy” classics performed by the original Jo Hell & The Red Roosters, with Stephane Lapierre on bass and Martin Laporte on drums and their special guests.

Jo Hell & The Red Roosters with their special guests Eric Farran and Kenny Dupree will be launching this 25th edition of Viree Blues Moosehead, on Wednesday, September the 27th 2017, around 8h00 p.m. at the famous Bar Le Petit Chicago, 50 Promenade du Portage, in the Old Hull sector. It’s a great break in the middle of the work week to revive our energy! Tickets are right now on sale at: www.vireeblues.ca and should be available at the door for only 20$. You can also take advantage of our profitable, practical and so pleasant Supper & Show package at Outaouais’ #1 restaurant according to TripAdvisor, Chez Fatima (www.chezfatima.ca), with it’s excellent and generous morocan cuisine, just one block from Le Petit Chicago, which will also reserve your place at the show by making reservations at 819-771-7568. In the meantime, you can find further information on our featured guests at: www.johellband.com , at: www.theramblers.org and at: www.kennydupree.net . You should also visit our site where you will soon find the full line-up of Viree Blues Moosehead’s 25th edition, links to all our guests sites and lots of other most interesting information at: www.vireeblues.ca . For any information, please contact us at: info@vireeblues.ca . Make sure also to get all the updated communications on that show by taking part in the facebook event for this show at: www.facebook.com/events/432250083838321/ and most importantly, don’t hesitate to join and like us on our facebook page at: www.facebook.com/vireeblues . 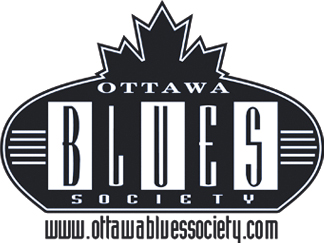 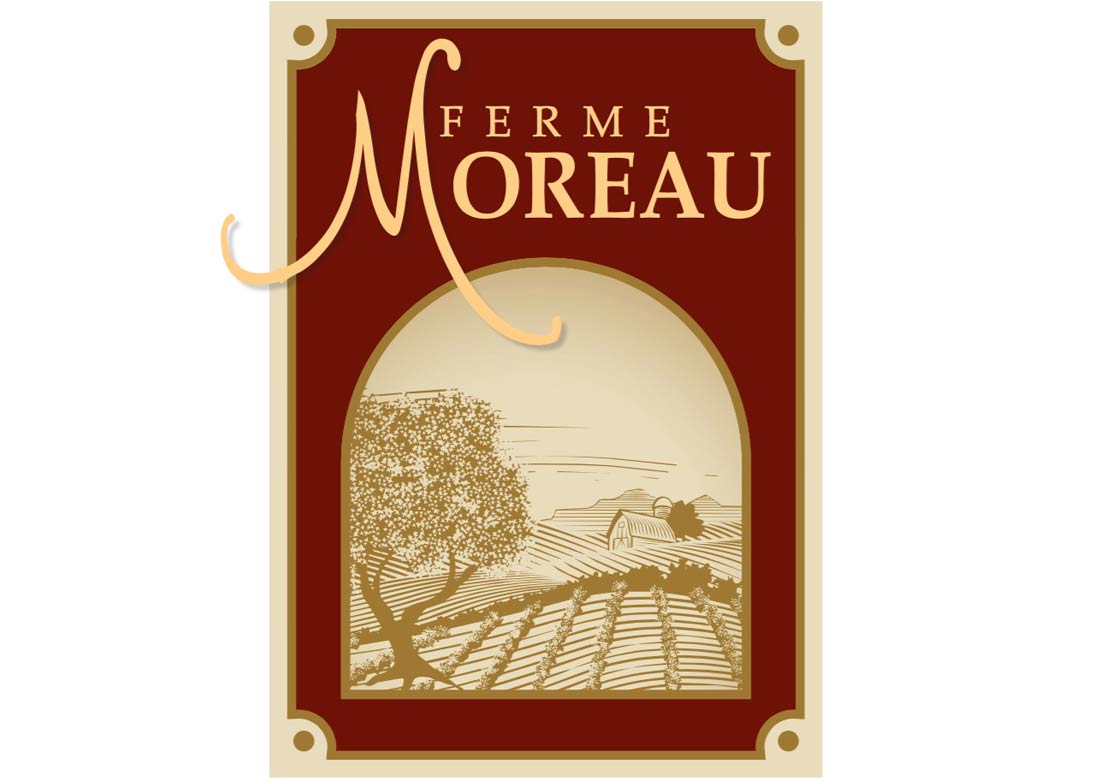 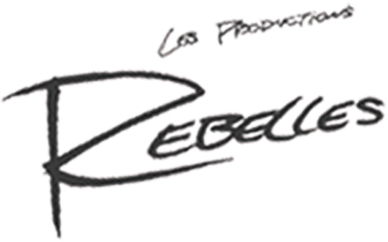 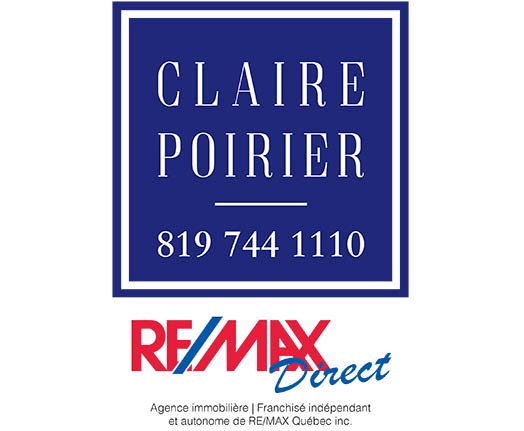